On February 01, 2016, Foundation 787 organized a round table titled „Erasmus for entrepreneurs in Bosnia and Herzegovina as well?“ in cooperation with the Foreign Trade Chamber of Bosnia and Herzegovina and as part of the STARTUP EUROPE WEEK, which is implemented under the patronage of the European Commission in more than 200 cities in Europe.

The Round table was organized with the intention to present program „Erasmus for Young Entrepreneurs“ to business community, new entrepreneurs, and representatives of government, academia and civil society, in order to prepare them for the effective realization of the Program when it becomes available in Bosnia and Herzegovina.

„Erasmus for Young Entrepreneurs“ is a cross-border exchange program established with the aim to help new and potential entrepreneurs to acquire appropriate skills to manage small companies or to expand nascent companies by working with an experienced entrepreneur in another country for the period of one to six months. The Program focuses on the increase of knowledge of entrepreneurs and promotes transfer of experience between entrepreneurs. This is a special program of the EU, which has been active since 2009 and due to its very positive effects; it became integral part COSME - EU program for the competitiveness of small and medium-sized companies. COSME program is implemented in the period from 2014 to 2020. It is expected that Bosnia and Herzegovina will get access to this Program’s resources and activities in the first half of 2016.

Whilst commenting effectiveness of the Erasmus for Entrepreneurs Program, Dijana Duvnjak, President of the Steering Board of Foundation 787, said that startups which arose from this program recorded a high level of survival in the market. „The level of survival of startups arising from this Program is about 80 percent which is higher compared to the average life of start-ups which have 50 percent survival rate over the period of three years“ says Duvnjak. She also said that the exchange between entrepreneurs is possible in all business areas and that so far the most popular areas are education, advertising, architecture and engineering. 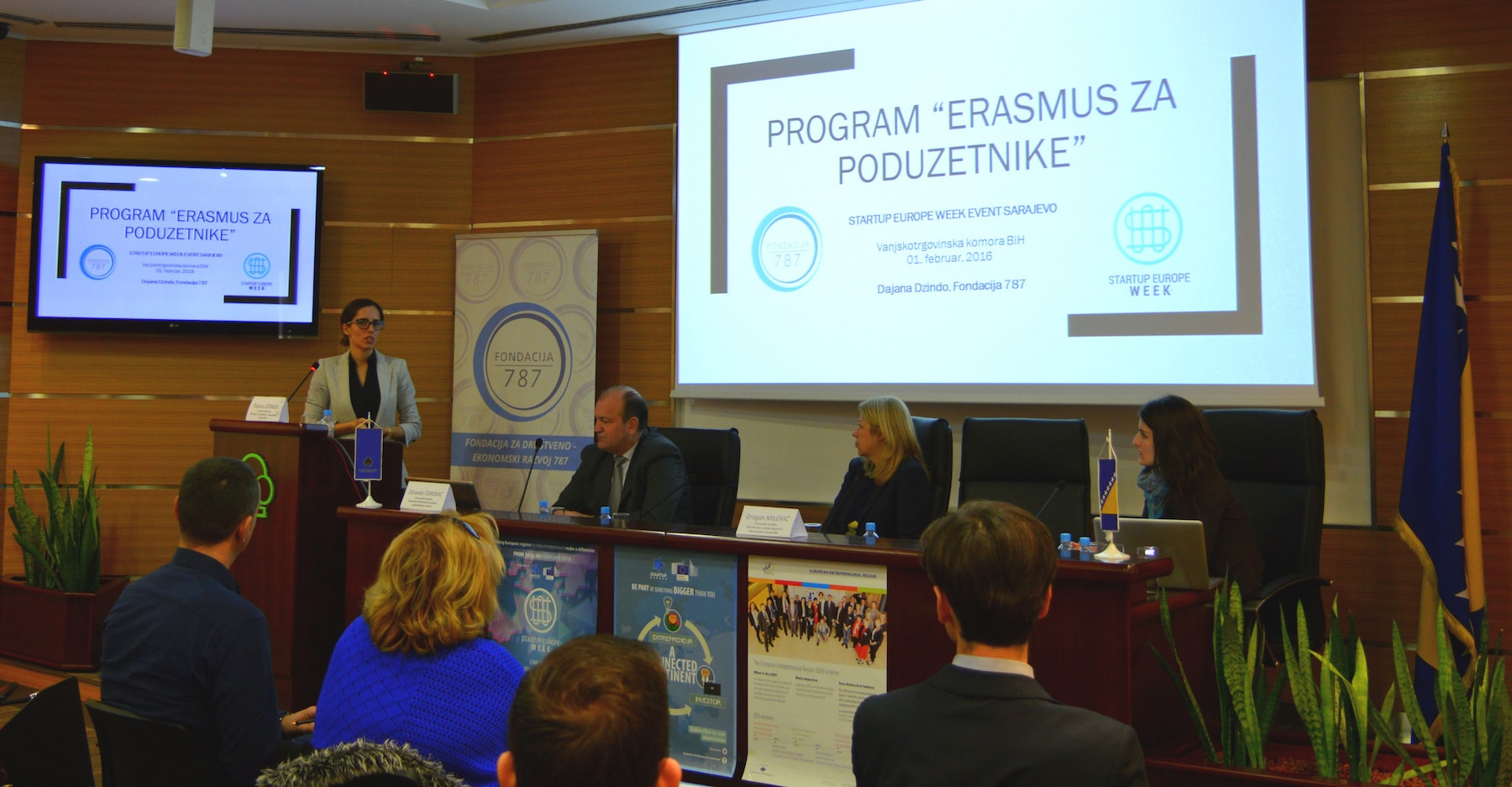 Our neighboring countries already use the benefits of this Program. Croatia joined the Program in 2012, Serbia in 2014 and Montenegro in 2015.

„Although the Program lasts from one to six months, it can be said that the average time of stay of entrepreneurs in other European company is around three months. Those who apply for the Program do not necessarily need to be young people. The call for participation is open to all those who are new in entrepreneurship“, says Duvnjak.

Bruno Bojic, President of the Foreign Trade Chamber of Bosnia and Herzegovina said that there is already a large interest for this Program. “Bosnia and Herzegovina is „hungry“ for projects like this in which we can exchange experience and knowledge, and learn about new technologies and how to do business in EU”.