On March 07 & 08, representatives of the Foundation 787 participated in several events organized to mark the Gender Week in B&H.

On March 07, Gender Centre of FBiH Government and Westminster Foundation in B&H, organized a conference "Gender Equality through joint work of government institutions: Experiences of Scotland and Federation of B&H". Participants were greeted by representatives of legislative and executive authorities and by Mary Ann Hennessey, Head of Council of Europe Office in B&H. Through three panels, members of FBiH Parliament, representatives of civil society organizations and members of the Scottish Parliament spoke about achievements accomplished so far in the field of gender equality and on manners of emphasizing the importance of gender equality in the everyday work of government institutions.

On March 08, we participated in the conference "Partnership to gender equality", organized by the Gender Equality Committee of the House of Representatives of the BiH Parliamentary Assembly with the support of the OSCE Mission in B&H. Guests were welcomed by members of the Committee, Jonathan Moore, Head of OSCE Mission in B&H and representative of the USAID Mission in B&H. The conference was an opportunity to present the awards for special contribution in promotion of gender equality in B&H. The awards were given to Dženita Zirdum, journalist of BHT1 and Dr. Siniša Gatarić, Mayor of Prnjavor.

The mentioned events were an excellent opportunity for representatives of the Foundation 787 to get more information on future activities of government institutions in the area of gender equality and to get acquainted with current activities in the field of women human rights in B&H. 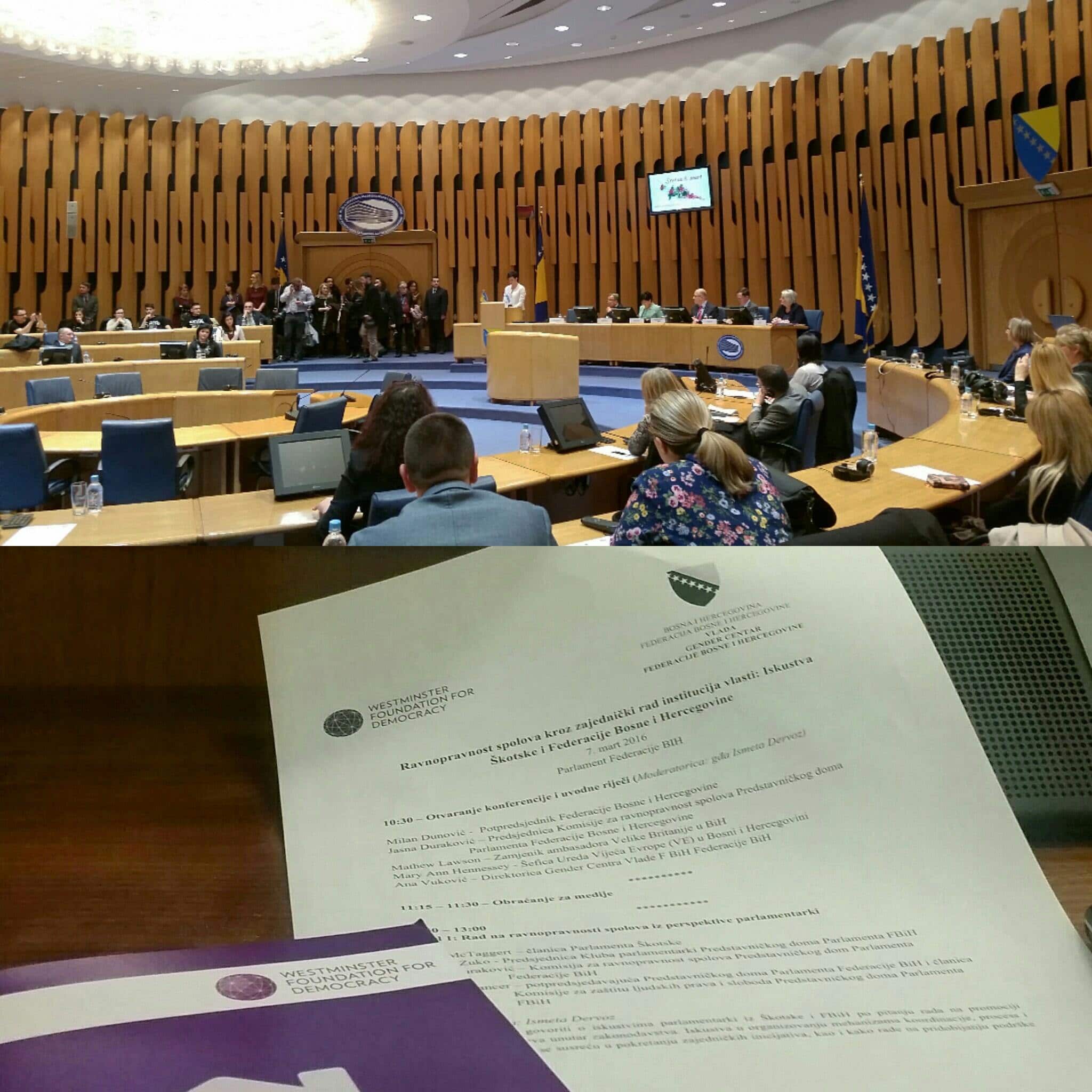