In May 2016, Foundation 787 started implementation of a three-month-long program aimed at fostering youth entrepreneurship in Bosnia and Herzegovina.

Twelve participants of the Business STARTer program, with the support of the Foundation 787, implemented a series of activities in Sarajevo, Banja Luka, and on online platforms within the "Action Month". The participants were divided into three informal groups: Marina Puljić, Olga Tmušić, Tina Brkljač and Gradimir Stankovic - Business CRAFTerteam, Ammar Lidjan, Vildana Karamustafić, Bogosav Delić, and Adna Husagić - Business HELPertime and Business PROMOTERconsisting of Nermin Hadžiahmetović, Amra Fejzić, Erma Sabljica and Delila Bajrić. Divided in these groups, participants of the program created and implemented activities aimed at promoting youth entrepreneurship and self-employment in Bosnia and Herzegovina.

During the Action Month, on 22ndJune 2016, Business PROMOTEr group organized panel discussion titled "The Stories about Work and Success of Bosnian-and-Herzegovinian entrepreneurs". Four guests including Emir Kurtić - FA Academica Sarajevo, Dalila Fejzagić - Zidovi, Faris Biogradilić - Paradix Consulting & Solutions, and Unu Bejtović - Bejtović Communicatons took part in the panel which was held at the Faculty of Political Science in Sarajevo. Event was open to public and particularly encouraged students to join. All attendees had opportunity to inform themselves about opportunities of entrepreneurship, experiences, problems and advice of successful young B&H entrepreneurs.

Business CRAFTer Conference "Reviving Traditional Crafts as a Recipe for a Successful Business" was held on June 23, 2016 at the Faculty of Economics in Banja Luka. More than 60 faculty students, high school students and other young people participated in the conference. Jovica Bratić, Director and Lazo Šešić, President of the Chamber of Crafts and Enterprises of RS, spoke about the need to understand crafts as a driver for economic growth. They emphasized the decisive role of young people in preserving crafts in Bosnia and Herzegovina and noted existence of incentives that are applied by government in order to facilitate the easier operation of craftsmanship in the marketer. Legal aspects of doing business were brought closer to participants by Aleksandar Čičić, Co-Founder and Director for the Business Development of DigiVox digital marketing agency. Čičić concluded that "Everyone is responsible for one's own success. Entrepreneurship enables us to create new value and create changes in society". Gradimir Stankovic, Co-founder and Marketing Director of DigiVox, talked about digital marketing as a key aspect of having profitable business. In the framework of the conference, a panel discussion was held with young entrepreneurs including: Maja Miljevic - Zdrava logika, Ana Lazic - Vrisak Gallery, Sladjana Stula - Bubsi Beba and Tatjana Vasic - Sklopy Toys, who came up with modern craftsmanship in a modern and youthful way, and became successful entrepreneurs.

The Business HELPer groupalso offered during Action Month, a creative opportunity for promotion of entrepreneurship in BiH on social media. Namely, they first conducted a surveyin four Bosnian municipalities about entrepreneurial culture and forms of support needed by youth in them, and then based on the received results they created online information packagesfor future young entrepreneurs. 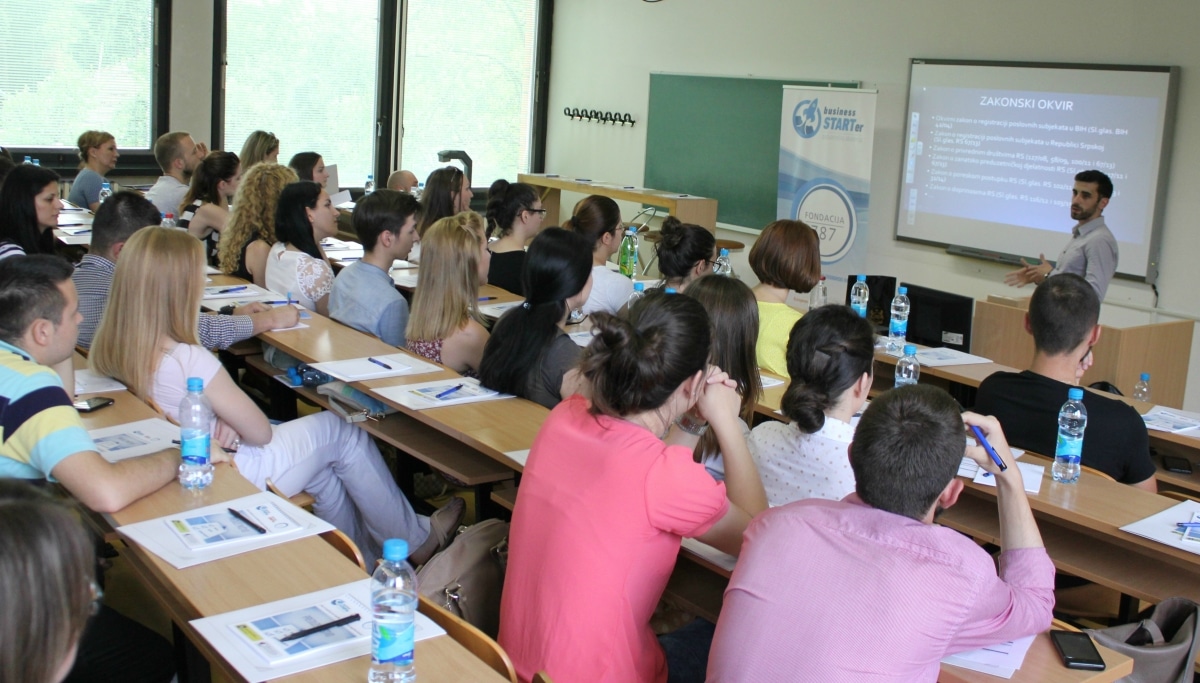 The Action Month followed the successfully realized training week within Business STARTer Academy which was realized with the support of the European Fund for the Balkans. Realization of the first phase of the program was also supported by: Akta.ba, Radio Antena Sarajevo, Poslovne novine, Coca-Cola BiH, Franz & Sophie, Leef, Faculty of Political Sciences and agency Creative 24/7.