BMS Milići, A local solution for a local problem

BMS Milići, a company for cleaning and maintaining of residential buildings and business premises, is a positive example of youth entrepreneurship in Bosnia and Herzegovina. Milijana Sušić, as a Master of Technology Engineering - a textile designer, plunged into the world of entrepreneurship by discovering the problem and need in the local community. She examined the market and successfully launched her own business. By participating in the "Business Ideas Fair" dedicated to young entrepreneurs from the regions of Birač - Srebrenica, Bratunac, Milići, Zvornik and Vlasenica, and with the advisory support of the Business Advisory Center of the Association "Friends of Srebrenica", the idea of BMS Milići was recognized as the most promising for the municipality of Milići. In this way, with the support of the company "Posao.ba", the adventure of Milijana Sušić started.

We asked Milliana how she came up with the idea of starting a business in the area of cleaning. She explained that all we have to do is to watch the world around.

"The idea of starting this business has come to life when I saw the condition of the residential buildings in my local community. The tenants of these buildings by “cleaning” considered only cleaning the floors, but there were having problems with maintaining common parts (cellars, sewages, roofs...) ".

Armed with the idea, this young entrepreneur’s next step was participation in the "Business Ideas Fair" where her idea was the most perspective for the municipality of Milići. Thus, within the project "Economic Empowerment of Srebrenica", Milijana was supported by "Posao.ba" for the realization and launch of her own business. That’s how the story of BMS Milići started.

"It was a wonderful feeling that exactly my idea was recognized as the most perspective one, when there were so many good and high-quality ideas. I was surprised, and it gave me even bigger motivation to continue."

She shared with us her opinion on entrepreneurship, and why no one before her in Milići had decided to start a business similar to hers.

"People are generally afraid of failure, they rarely embark on starting a business especially in some new unexplored areas. I think that people lack trainings on starting their own business, so they can first examine the market and make their business plan before registering. It is necessary to organize several projects such as "Economic Empowerment of Srebrenica".

In the framework of the project "Economic Empowerment of Srebrenica", Milijana has been educated on topics such as the Specificity of Small Business and the Basics of Entrepreneurship and Business Communication, Making a Business Plan, Creating a Financial and Marketing Plan, Prototype of Products / Services, Basics of Communication with Clients. She points out that these topics helped her a lot in communicating with business partners.

Reflecting on the very beginnings of independent work after participating in educational program, Milijana explained to us what the BMS Milići registration process was like.

"Initially, we conducted a population survey to examine the market. By creating a business plan, we came up with some new ideas and added deep cleaning to our services. We registered the company only after 5-months-long market research. The registration process itself is not complicated, unless you have difficulties with running from a counter to a counter. First of all, you need to fill in a registration application along with a copy of your ID card and a confirmation that you have not been convicted. To get an approval takes one working day. Based on that approval obtained in the Tax Administration, you get UIN of the company. The approval for the registration and the UIN are documents that are needed to open a company’s bank account and to create a stamp. With this process we completed the registration and officially started working on March 8, 2016. In all this, we were close to giving up, but the results we received were motivating us to continue."

In the work with young entrepreneurs, we find approaches and reactions of state institutions very interesting. Many young people in Bosnia and Herzegovina who used to venture into entrepreneurship, talking to us, point out that the attitude of persons employed in state institutions can be an obstacle or motivation for further business development.

"Initially, I was considered ‘frivolous’ because young people often give up when they encounter some obstacle. When I say frivolous, I think that many people thought I would not persevere in my idea and that I would give up. I noticed that young people lack confidence because they are not accepted by older and more experienced people. We all come across people with mainly the same or similar opinion. It is generally thought that such business will not succeed in our environment, that today it’s very difficult to have a private company, and so on. Now I have the support and I hope that, with the help of the municipality, I will improve the life of the citizens, "Milijana explains her first encounters with the authorities as a young entrepreneur.

In their work, entrepreneurs have a great need for developing communication skills in order to make them more efficient with clients. Relations with clients are based on long-term experience and cooperation. Therefore, young businesses and young entrepreneurs often face the most diverse reactions of their potential clients. They are sometimes confronted with prejudice and discrimination because of their age, but sometimes with warm and encouraging words.

"There were both positive and negative reactions. By each passing day, there are more and more positive reactions because people are familiar with our services and work. I also encountered those who did not want to listen to my story and would turn their heads as soon as I began to talk about my idea. At first, I was surprised with such reactions, but I would just thank them and move on. I am particularly pleased when people invite me to help them with registering the ZEV (ZEV is an abbreviation for a community of floor owners) or when I find solutions to some of the problems that a residential building has", recalls Milliana.

As we are always interested in nice and positive moments in the work of young entrepreneurs, as well as the recommendations they have for the people who are at the beginning of their entrepreneurial path, Milijana has shared her impressions with us.

"In addition to the reward and registration, the moment that marked the beginning of our work, and which certainly was a very nice moment, was the acquisition of machines and equipment for work. I recommend young people first to examine the market, to be realistic and confident, and to never give up if they encounter a problem, but to solve it."

We at the Foundation 787 are always happy when we discover a new inspiring story and when we’re able to share our space with young entrepreneurs, not only to promote their work, but also to encourage young people with an idea, by realistic practical examples. We wish Miljana and BMS Milići all the best in the future work we’re looking forward to the new stories from Milići. 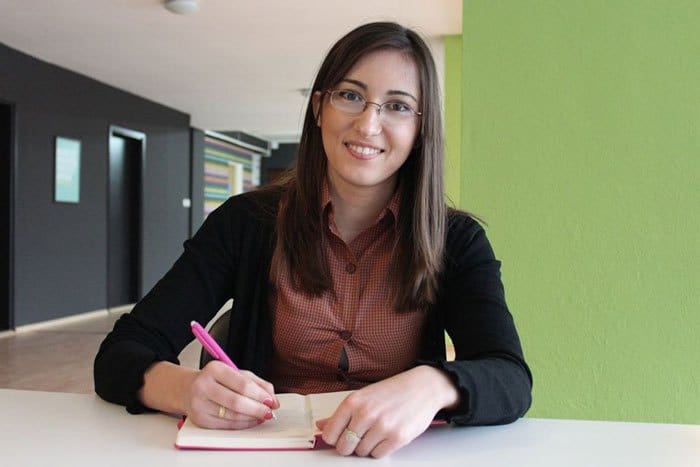